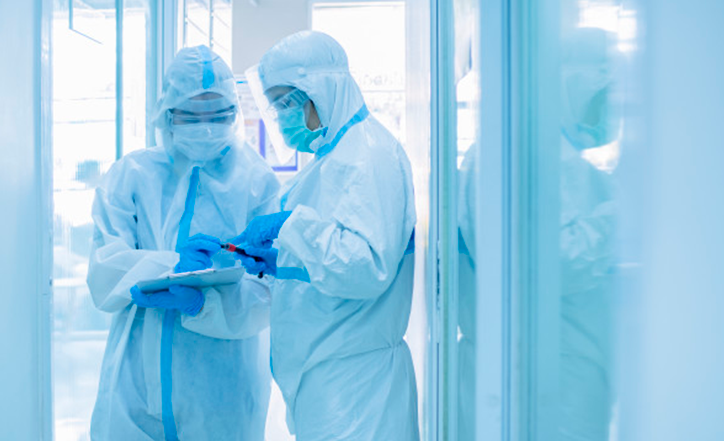 Several experts explain that the iron that enters the body is metabolized in the liver but that, if this organ were affected, the iron would flow through the circulatory system, increasing its levels in the blood.

Two Chinese doctors recovered from Covid-19 have seen their skin blacken out, apparently due to a liver dysfunction caused by the coronavirus that has caused them to increase their pigmentation levels.

This week, the official Global Times newspaper quoted several experts who explained that the iron that enters the body is metabolized in the liver but that, if this organ were affected, the iron would flow through the circulatory system, increasing its levels in the blood.

Thus, by reaching the face through circulation, it could “easily” increase pigmentation in that area of ​​the skin: “Long-term liver dysfunctions cause metabolic abnormalities and are prone to produce increased pigmentation.”

However, both doctors are expected to regain their normal skin colors over time.

Hu regained the ability to communicate normally on March 30, while Yi was already able to get out of bed and stand without help on April 3.

According to a study published in early March, abnormal liver function abnormalities were detected in some moderate and severe cases of Covid-19.

A doctor quoted by Global Times indicated that fighting Covid-19 is like “killing enemies while inflicting substantial damage on yourself,” noting that in some cases patients who were spared their lives they had injuries to various organs.

Although the lungs are the most affected by the new coronavirus, liver, heart, digestive tract and kidney problems have been detected due to the new disease and, sometimes, due to the medication used during the treatments, which in many cases is still it is applied experimentally.

Mind you, experts believe the damage inflicted by Covid-19 is something those organs can “gradually recover from” with treatment, and warn that the next step in medical research on the coronavirus will be how to cope with sequelae left by the disease.