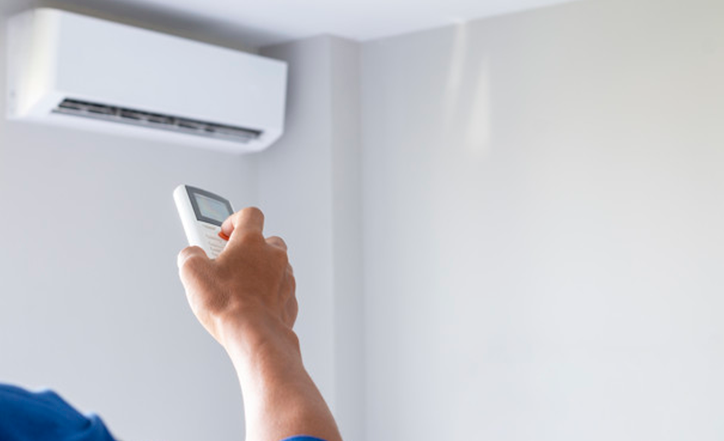 Warm temperatures and humidity are other factors that can help in the battle against the Covid-19. Although the WHO has not yet concluded that heat can be an ally, more and more research indicates that SARS-CoV-2 would have a lower possibility of contagion at high temperatures. Thus, a team from Yale University demonstrated that cold, dry air helps viruses to spread between people. And that once the humidity in the air increases, the risk of transmission decreases, both in open and closed places.

This week a team of Chinese researchers has gone further to determine that there may be a relationship between the use of air conditioning and the transmission of the virus, according to a study published in “Emerging Infectious Diseases.” The scientists reached this conclusion after analyzing the cases of ten Covid-19 infected from three different families (21 people in total) who coincided to eat in the same restaurant, a place without windows and with an air conditioning machine.

According to the study, droplets larger than five microns that can carry the virus remain suspended in the air for a short period of time and travel very short distances, generally less than a meter. However, the smallest, less than five microns, exhaled when speaking, “can remain suspended longer and travel longer distances, of more than one meter. We have concluded that in this outbreak, droplet transmission was favored by air conditioning, “the direction of air flow being a key factor for infection,” the study authors said.

In fact, weeks before this work, Eurovent (Association of the European Middle East of manufacturers of Heating, Ventilation, Air Conditioning and Refrigeration), published a series of recommendations in order to minimize the risks related to the transmission of viruses in the air through ventilation and air conditioning systems: increasing ventilation rates, increasing the percentage of outdoor air in the system, and keeping indoor relative humidity above 30% when possible, are some of them. The Spanish Technical Association of Air Conditioning and Refrigeration also recommended “to instruct the occupants of the building to flush the toilets with the lid closed” or “to replace air filters according to the maintenance program.”

But what do we do at home? Air conditioning equipment dries out the environment, and precisely “humidity is what causes the five micron droplets suspended in the air to fall to the ground and reduces expansion. Dry cold air is best for the virus and worst for transmission. In houses always, with Covid-19 or not, you have to have a humidity level above 35%, but for that you need to spray the environment. In winter, the more heating, the worse. If you turn it on, I recommend putting a tupper with water on top of the radiators, since the one that evaporates goes to the atmosphere. In the summer, I am convinced that ultraviolet rays waves will make the virus disappear, so I would not think so much about what can happen with air conditioners. In any case, it is best to have plants with water in the rooms because it evaporates. And use water spraying mechanisms », explains the doctor Antonio Burgueño.

The use of paper towels is more effective than jet air dryers to eliminate microbes that remain on our hands if we have not washed them properly. This is the conclusion of a study that has been presented at the European Congress of Clinical Microbiology and Infectious Diseases (Eccmid). The researchers found that using paper is better than an air dryer because it removes ten times more residual microbial contamination that ends up on different surfaces.